The Civilian Medical Resources Network is not directly affiliated with any military organization. CMRN is funded mainly by voluntary contributions. People who want to contribute can make tax-deductible donations through the 501(c)(3) non-profit The Allende Program in Social Medicine. All data collected by CMRN are completely confidential and encrypted. CMRN does not share information about any client or member with any other organization without the individual’s prior approval.

Sylvia Beeman, an intake volunteer with CMRN, lives in the Flint Hills of Kansas in a college town near an army base, where she and her husband raised three daughters. She is an artist and works in a cooperative natural foods grocery where she meets many interesting people including soldiers. Her passions are nature, insects, dogs, people, reading, social activism, mental health issues, making things out of “junk”, and being outdoors.

Anne Cowan is a retired physical therapist in Kansas. She was a lay counselor for the GI Rights Network for many years and more recently has been doing intake interviews for CMRN. After being active in Central America issues for many years, she traveled to Nicaragua and taught in the school of physical therapy for two years during the 1980s.  Originally from Fairport and Hamburg New York, she now lives in Manhattan Kansas doting on three great-grandchildren.

Marylou Noble, CMRN’s therapist coordinator for more than a decade, is a Licensed Professional Counselor based in Portland, Oregon. She has been active for many years in providing services for active-duty military personnel and for refugees who seek asylum in the United States. Marylou has participated in the human rights efforts of Physicians for Social Responsibility. She has previous experience living in the military community of Fort Hood, Texas.

Harlan Johnson, a volunteer counselor with CMRN since May 2012, served in the Peace Corps in India in the ’60s. He calls himself a “community therapist” because, beyond his practice as an LMFT (licensed marriage and family therapist), his focus is the larger community including people in the military and readers of his biweekly column in the Rockford (Illinois) Register Star.  His work and life are informed by his passion for compassionate communication, originally called “nonviolent communication,” as developed by Marshall Rosenberg.

Titus Peachey:
Titus Peachey is a retired peace educator who lives in Lancaster, PA. A long-time counselor on the GI Rights Hotline, he began doing intakes for CMRN in 2019. Titus is a conscientious objector to war and did alternative service in Vietnam (1970-1973), teaching English to high school and university students in Saigon. He and his wife later worked in Laos with Mennonite Central Committee (1980-1985). He now serves on the Board of Legacies of War, a non-profit agency devoted to ensuring that the US government gives adequate support to the removal of unexploded ordnance from Lao villages after the devastating US air war (1964-1973).

Jon Reisdorf is a retired elementary school teacher living in Northern California. He is a volunteer counselor on the GI Rights Hotline for over a decade and does intake interviews for CMRN. After being drafted during the Vietnam War and doing two years of alternate service, he worked in many fields including two years working in maximum security prison before attending college at the age of 30. After teaching all subjects including accompanying and directing school choirs, he now directs the McKinleyville Community Choir and lives with his wife and two cats in the coastal college town, of Arcata, California. 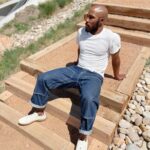 Kyle Toon, CMRN’s coordinator since August 2022, served as a 13-year US Army veteran (Chief Warrant Officer). He is a husband, a father of three, a southern Maryland native, and a southern Colorado resident. Kyle has extensive experience working as a moral and servant leader in intelligence and security operations, Army sexual trauma prevention and response program, and Equal Opportunity. Kyle became a conscientious objector to war while in the Army. He has an associate’s degree in intelligence operations, and a bachelor’s degree in Psychology, and is enrolled in the University of Colorado Colorado Springs’ Masters in Social Work (MSW) program. Kyle has a devoted affinity for poetry and writing which influenced the creation of his first poetry book titled “The Depths Below.”

Howard Waitzkin, director of CMRN, works as a primary care physician and sociologist. Along with several other members of his family, he is a conscientious objector to war. For many years he has been active in efforts to achieve peace and in struggles for a national health program. He serves as an Adjunct Professor of Internal Medicine at the University of Illinois and a Distinguished Professor Emeritus of Sociology at the University of New Mexico. He is the author of Medicine and Public Health at the End of Empire and other books.

Mario Cruz, M.D., is a Clinical Professor of Psychiatry at the University of New Mexico School of Medicine and CMRN‘s research director. He has numerous publications and presentations at national and international conferences addressing the needs of underserved individuals. Mario enjoys road cycling, mountain climbing, and Kettlebell training.

Ronnie Manns served in the United States Marines from September 1980 until April 1991 during 6 different wars, operations, conflicts, and exercises. He is an inventor, author, father, and small business owner. He has several passions but number one is helping his fellow veterans and active duty service members, which is why he joined the CMRN as a volunteer.

Laura Muncy served selflessly as the CMRN coordinator from June 2014 to November 2022. She is a born and raised military brat turned civilian, a pro-peace and wellness advocate, and an accidental paper maker. She lives in Central Texas with her husband (a paper maker and veteran) and their daughter.

Animated by his passion for serving those in need, DJ joined CMRN in the fall of 2015 after learning about the plight of many service members and veterans in accessing compassionate healthcare within the military. DJ conducts diagnostic intake and follow-up interviews and is active in the research arm of CMRN. While not working towards becoming a physician, he enjoys reading, long-distance trail running, and coaching cross-country athletes at his local high school.